Since the BLM demonstrations in 2020 diversity and inclusion have been a hot topic in many institutional circles. Conversations and debates about “D&I” are being held in board rooms, parliament, media outlets and universities. What do these concepts actually mean? And who is it for? What if this isn’t actually what black and brown people are fighting for? What if there is a more radical end goal? Namely, Freedom.

Discussing institutional racism often results in talks about a seat at the table. However, time has shown us that it’s not about the seats or tables but about who owns the room. During this panel, Afrispectives takes it a step further by exploring and envisioning new institutions in the Netherlands. Black imagination means recognizing and looking beyond the shaped reality we live in, by envisioning a present and future that centers our healing, joy, love and dreams. It is as the late John Henry Clarke stated:

“Every single thing that touches your life, religious, socially and politically, must be an instrument of your liberation or you must throw it into the ashcan of history.” 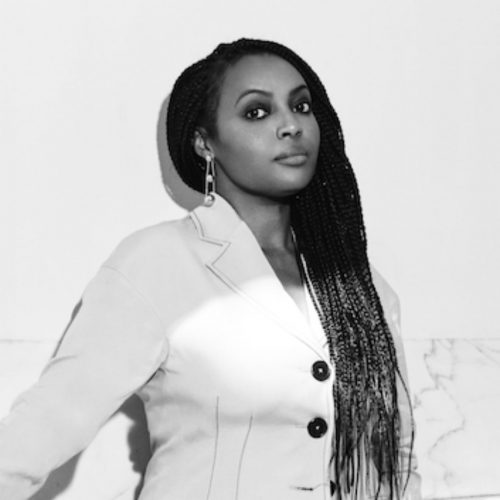 Seada Nourhussen (Gondar, Ethiopia 1978) is chief editor of OneWorld, the Amsterdam based online and print magazine that focuses on journalism for justice. She is the only black, woman chief editor and license holder of a national magazine in the Netherlands. She is also a writer, moderator and opinionist on racism, media transparency and the image of Africa(ns). 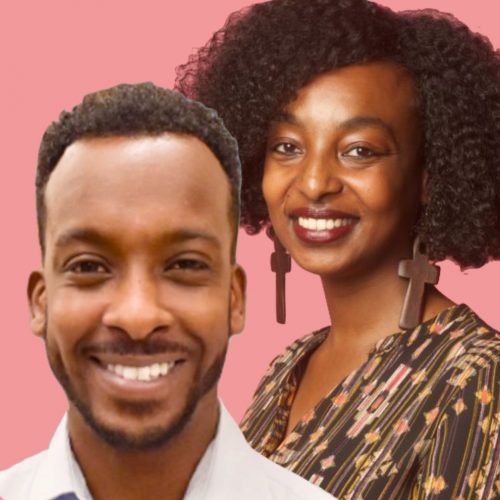 Founders of Afrispectives. Afrispectives is a Dutch-based organisation for and by people of African and Afro-Caribbean descent. We create interactive spaces where (young) people from all over the world can meet, find and support each other. By exchanging stories, creativity, knowledge and businesses, people are inspiring each other and laying the groundwork for future generations. Our work focuses on three inherently intertwined pillars: Arts & Culture, Education, and Entrepreneurship. By facilitating meaningful connections and collaborations, we aim to celebrate, highlight and amplify the many talents that contribute to our collective growth. 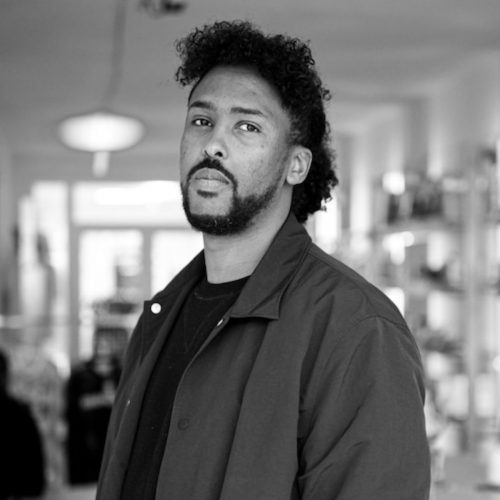 Writer, director, artist and program maker Malique Mohamud became interested in the relationship between city life and street culture in his youth when he secretly took a few cassette tapes from the Wu-Tang Clan, Tupac and Outkast from his brother’s room. The son of a Somali poet and a general, he advocates and searches for meaning in cultural production from the perspective of the African diaspora. Autonomy, rebelliousness and (skewed) power relations are recurring themes in his work. 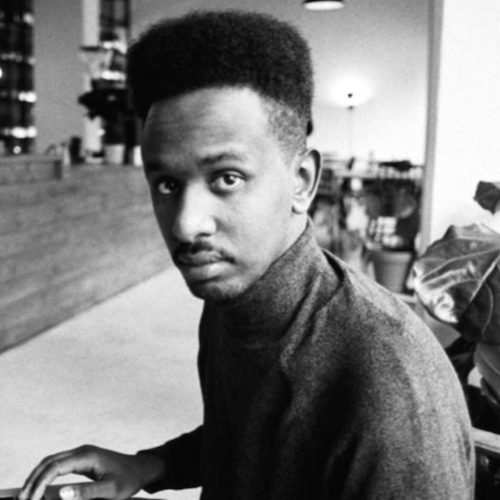 Saud Jama is the owner of the clothing store ‘The Other Guys‘ in Amsterdam. He started the store in 2016 because he couldn’t get a job. He was paralyzed on one side after two brain haemorrhages. After being constantly rejected by employers, he decided to create his own work and do what he likes. That is how the store was born. He always liked different things to his friends, which is why the store is called ‘The Other Guys’. Be different, because it’s not weird to be different. And that’s his personal story too.

Masterclass in Storytelling and Animation

Masterclass in Storytelling and Animation

In this masterclass, Anoeska Huige - animator and storyteller - will teach you how to use impactful visual storytelling to create a project/short film.

The opening screening of the Leiden Shorts film festival (open to the public) will be held in Kijkhuis, room 1.

Leiden European City Of Science, the Netherlands Institute for Sound & Vision and Leiden Shorts Film Festival are inviting film enthusiasts to celebrate the art of analogue film by joining the event: Tactile Memory- The Revival of Analogue Filmmaking.

Leiden European City Of Science, the Netherlands Institute for Sound & Vision and Leiden Shorts Film Festival are inviting film enthusiasts to celebrate the art of analogue film by joining the event: Tactile Memory- The Revival of Analogue Filmmaking.

Young and old are invited to roll up their sleeves and create their own stop motion animation. The workshop will take about 1.5 hours (but participants can stay as long as they need to finish their film).

The opening party of the Leiden Shorts film festival will be held at PLNT Leiden and is open to invitation only.

The opening borrel of the Leiden Shorts film festival will be held at PLNT Leiden and is open to invitation only.

The opening screening of the Leiden Shorts film festival (open to invitation only) will be held in Kijkhuis, room 2.

The polarization of Dutch society, and the recurring scapegoating of social groups based on race, religion, and cultural heritage, have both been at the center of academic reflections in the past decade.

The opening ceremony of the Leiden Shorts film festival will be held in the Trianon Cinema and is open to invitation only.

This event is about the struggle and achievements of different grassroots movements in the Netherlands.

This event will observe new trends in the Dutch Media landscape through the work of three young Multi Media Makers.

In this creative and inspiring workshop organized in collaboration with De Animatiebus, kids (in age or in spirit) will create an animation film from start to finish.

Since the BLM demonstrations in 2020 diversity and inclusion have been a hot topic in many institutional circles.

Progress vs. Sunsets (2017) examines progress in relation to extinction. A self-proclaimed digital eco-feminist, Melanie Bonajo challenges the traditional divisions between men and women, nature and technology.

Join us for a special kids screening of short films at Kijkhuis followed by an animation workshop with De Animatiebus at Marksteeg 10!

Washing Our Hands of It: Greenwashing Global Fast Fashion

Washing Our Hands of It: Greenwashing Global Fast Fashion

A digital exhibition on fast fashion and future strategies for a more sustainable and equitable industry.

Decolonizing the Eco-Hero: Representations of a Collective Movement

Decolonizing the Eco-Hero: Representations of a Collective Movement

Performance and Activism: Developing Resilient Futures through the Arts

Performance and Activism: Developing Resilient Futures through the Arts

A workshop, lecture, and conversation with Chihiro Geuzebroek & Nishant Shah