The award goes to 5 Years After The War (Cinq ans après la guerre) by Samuel Albaric, Martin Wiklund and Ulysse Lefort. Tim, the cousin of filmmaker Samuel Albaric, grew up in Paris without a father. As a child this didn’t bother him—after all, superheroes have absent fathers, don’t they? But the fact that his mother is Jewish and his father is Arab sometimes causes confusion, and by the time he reaches adulthood, this lack of a clear identity has begun to gnaw at him. Tim visits his father, originally a refugee from the war in Iraq, at his home in Montpellier. Lighthearted but certainly not superficial, this short, largely animated documentary is a subtle and personal exploration of essential questions. Who are you if there’s a part of yourself that you know nothing about? What happens when you meet a parent you don’t know? Following the first reunion, Tim discovers that he has to fill in some of the gaps himself. At the heart of the film is the meeting between father and son—and it’s no coincidence that this is the only part that isn’t animated. 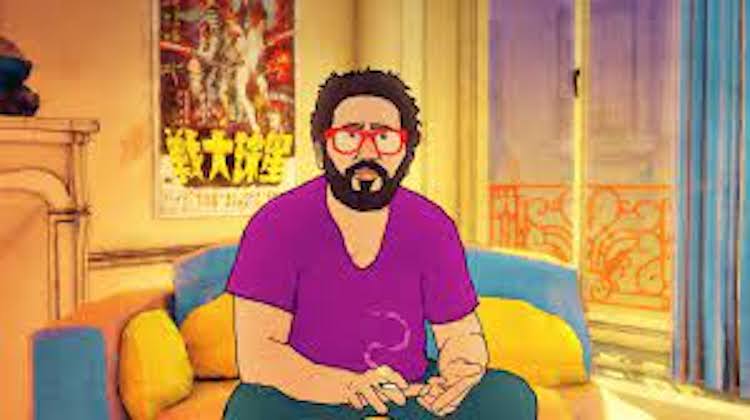 The award goes to Fast Alles, by Lisa Gertsch. Fast Alles is a Drama about farewell, memory and the lust of life. Leandra has to bring her husband Paul, who suffers from Alzheimer’s, into a retirement home. But Paul doesn’t want to and would rather make holidays with his wife. And so the two of them drive to the sea, just like an ordinary couple.

Why I Wrote the Bible (dir. Alexandre Steige)

The Award goes to Why I Wrote The Bible (Pourquoi J’ai écrit la Bible) by Alexandre Steige. Francis, a man in his sixties, is found in a diving suit, swimming in a river in the city center. Even his children, accustomed to their father’s escapades, are surprised: since Francis knows he is condemned, it seems really unmanageable. Samuel and his sister must therefore find a way to accompany him at any cost. 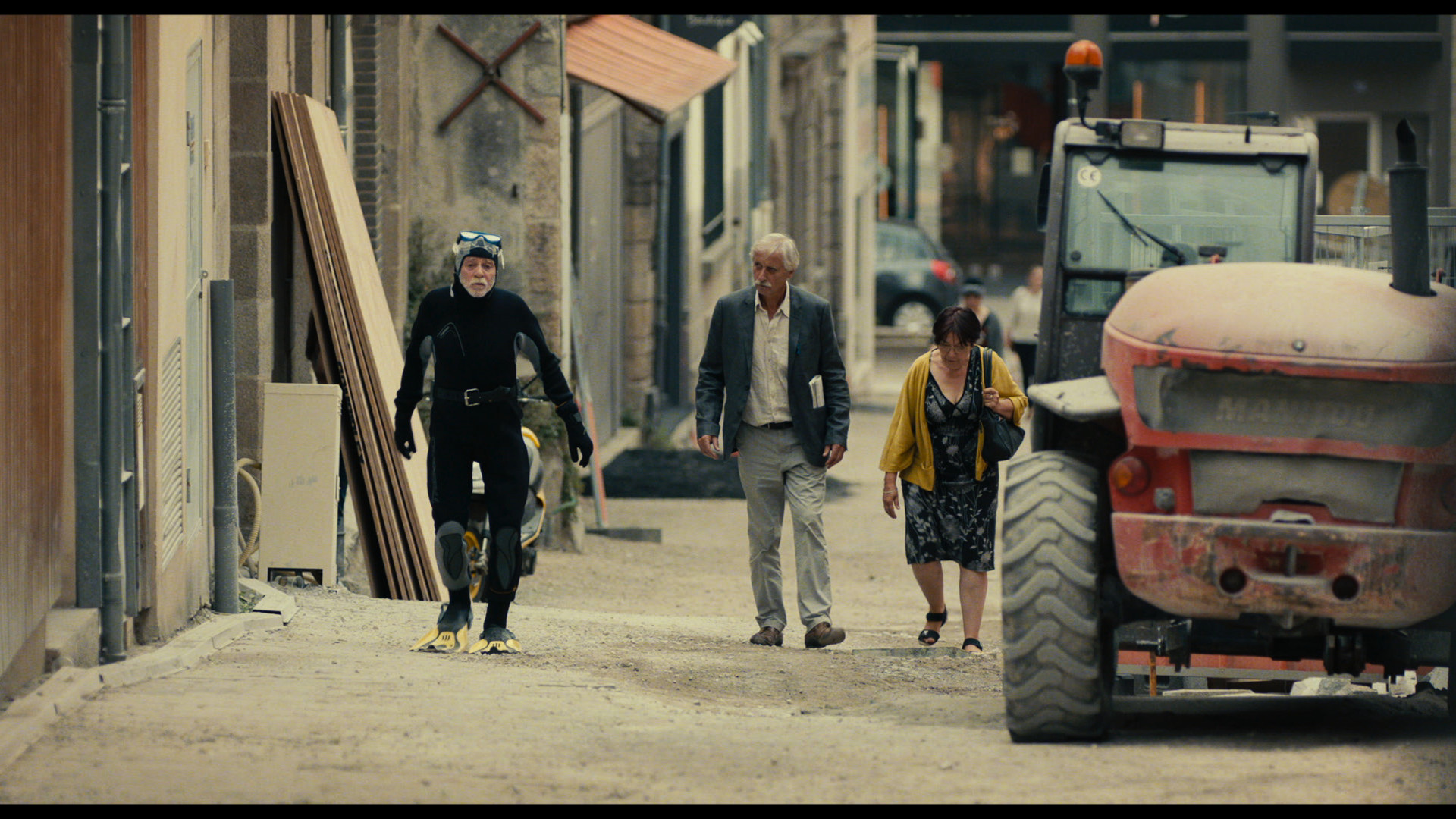 Maria Poulaki, PhD, is Lecturer in Film Studies and Digital Media Arts at the University of Surrey, UK. She is co-editor of the volume Compact Cinematics (Bloomsbury) and author of various essays on film narrative and aesthetics. 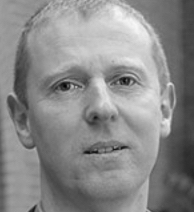 Michael Newton teaches literature and film at Leiden University. He is the author of two books of cultural history (on feral children and on the history of assassination), two books in the BFI Film Classics series (on Kind Hearts and Coronets and on Rosemary’s Baby), and a forthcoming book of essays on the history of the movie star. He has written on film and literature for The Guardian and the London Review of Books. 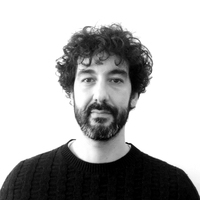 Elio Ugenti is Ph.D. in Film and Media Studies and Adjunct Professor in “Cinema, Photography and Television” at Università della Campania Luigi Vanvitelli. He has published two books (the first one about contemporary visual culture and the second one about the Iranian director and visual artist Abbas Kiarostami). He is staff coordinator and member of the selection committee for “Roma Tre Film Festival” and “Roma Cinema Doc”. 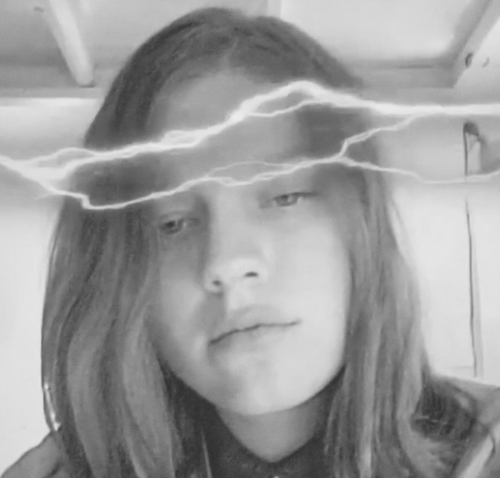 Sanneke Huisman (1985) is an art historian and works as a freelance critic, writer and curator with a focus on contemporary and media art. She works at LIMA, Museum Kranenburgh and Metropolis M. She has closely collaborated with many artists amongst which Raul Marroquin, David Garcia, Jonas Lund, Jan RobertLeegte, Olia Lialina, Julika Rudelius, Sefer Memişoğlu and Harm van den Dorpel.

Gideon Boer is one of two owners of bioscopen Leiden, son of late Jan Boer, who first founded the Stichting gesprek centrum Leiden. He started helping his father in 1994 as a host/manager and later took over the business, together with his partner Govert de Kok. 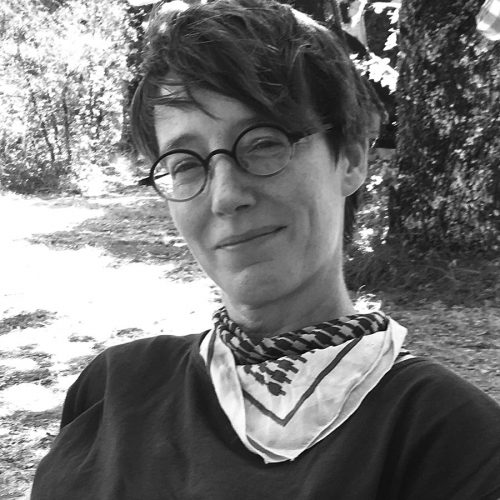 Pepita Hesselberth is assistant professor of Film and Digital Media at the Centre for the Arts in Society, Leiden University. Her book Compact Cinematics: The Moving Image in the Age of Bit-Sized Media, edited together with Maria Poulaki (Bloomsbury Academic 2017) addresses the short film in its myriad forms.